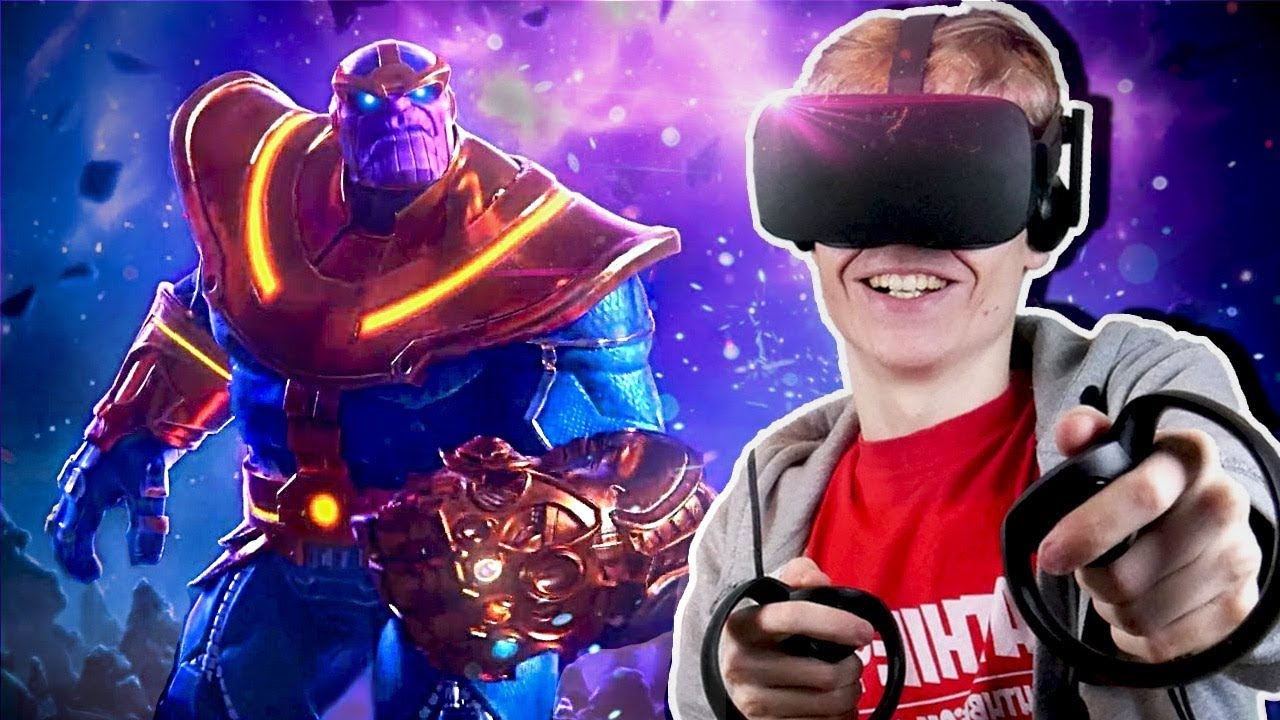 Today Mike and I are going to fight against Thanos, the final boss of Marvel Powers United VR. Mike will be playing as Rocket Raccoon and I will be picking Doctor Strange.

As you may know Powers United is a first-person Co-Op action game in which you take on the role of Marvel’s powerful superheroes. You can choose from an epic roster of characters like Black Panther and Hulk or Deadpool and Spiderman. The possibiltiies are pretty much endless.

It’s definitely going to be a tough battle though. Thanos is the last enemy you need to face in Marvel Powers United and I can tell you that he’s not afraid to put your skills to the test. If you are interested in my full review of this game then I would recommend you checking out the link in the description below.

You are an admirer of Virtual Reality? Same here! I’m reviewing all sorts of VR games with the Oculus Touch, HTC Vive and Playstation VR.